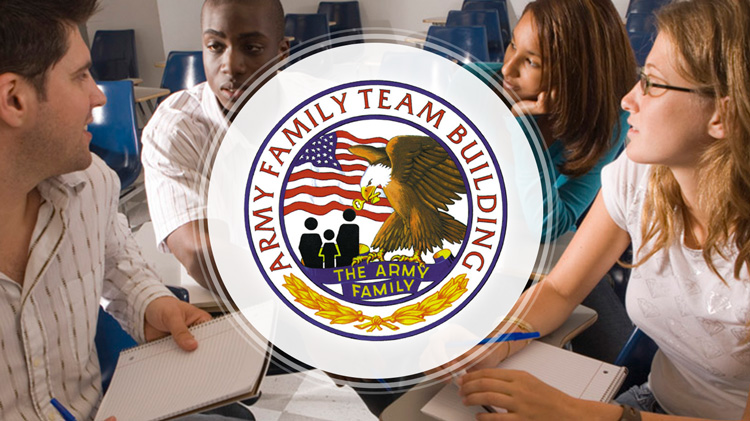 In the post-World War II era the philosophy was ‘the Army takes care of its own,’ but in 1992 senior leaders and spouses saw a need to educate Family members as a result of lessons learned following the Gulf War.  Army Family Team Building (AFTB) is a Family training and readiness program that provides participants with a better understanding of Army culture, as well as the skills and resources needed to become resilient, self-sufficient and self-reliant members of the military community.

AFTB is not limited to the boundaries of the Active Army. It embraces all the components of America's Army - the active duty Soldier, the United States Army Reserves, the United States Army National Guard Department of Army Civilians and Family members.  In the philosophy of ‘the Army teaches its own to take care of themselves,’ AFTB helps to provide a consistent base of knowledge while promoting growth and successful military Families.

If you want to head back, hit cancel.